Life in a post-Brexit world - what will it mean for migration and modern slavery?

Ben Ryan explores the potential impact of Brexit on migration numbers and how the gap in the labour market might get exploited by criminal gangs. 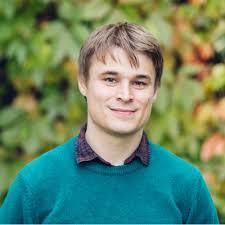 Brexit, you may have heard, is done. Or at least, much more done than it was before. Certainly, when it comes to migration rules and policy, we are now in a very different place.

The big change has been the end of the free movement of people from the EU. This will make immigration to the UK look very different in the coming years.

To put it into perspective, in the year ending March 2015 (the all-time record for net migration to the UK) 219,000 people arrived here from the EU. The majority of those moved for work. The last 12 months were dominated by COVID 19, so this year’s data is unlikely to tell us much, but we know that future numbers are likely to drop significantly. The reason for this is that in place of free movement, EU migrants seeking to move to the UK will now have to come via one of the visa routes (e.g. a skilled worker visa, or a student visa).

One of the government’s major objectives has been to significantly reduce so-called “low skill” migration. This has been done with the introduction of a system that requires migrants to have a certain number of points to be eligible for a skilled work visa. Generally, they will need a confirmed job offer with a salary of over £25,560 (or a little lower for some jobs in education and healthcare).

We are still in the early days of the post-Brexit world, and we may not know for some time what the full consequences of this might be, but we have some indicators. By at least one estimate there are 18 British industries which had workforces with more than 20 per cent EU workers in 2017.

The vast majority of workers in these industries would not meet the skilled criteria the government wants to see for economic migration.

The question is, where will all these employees come from in the future?

There is always hope that British workers might fill the gaps, but little evidence to suggest there are enough ready to meet the shortfall. Conversely, there is certainly demand for food, products and care services at the cheapest possible price tag. Sadly, our culture has developed a bad habit of refusing to notice ethical issues if it keeps consumer prices down.

And so, the reality is the shortfall will be met (as it already is) by victims of modern slavery. As the need for cheap labour becomes more acute, the incentives to enslave and exploit become greater.

Not that this is new – many are already here. More than 10,000 potential victims of modern slavery were referred to authorities in 2019 (before these latest immigration law changes), with the full number estimated to be much higher as only a very small percentage of people go into the National Referral Mechanism.

Policy and new laws can’t solve all of this (making something illegal doesn’t eliminate anything), but it can help. The ground-breaking 2015 Modern Slavery Act, for example, has made a difference. Far more victims are identified and supported, with far more offences logged than previously.

Serious problems remain, however. The lack of legal entry routes for low skilled workers incentivises illegal ones. Immigration enforcement policy (the ‘hostile environment’) prevents people coming forward or from accessing public funds and so often keeps victims trapped in exploitative situations. The ban on asylum seekers working keeps people in destitution. The National Referral Mechanism often takes too long and is insufficiently supportive, disincentivising people to use it or causing them to abandon it and re-enter cycles of exploitation. These are not inevitabilities, but consequences of policy.

Christian political work and advocacy is often described as the task of being the ‘voice of the voiceless’, using a position of privilege to advocate for those who are powerless. This draws on the famous passage from Proverbs “Speak up for those who cannot speak for themselves, for the rights of all who are destitute. Speak up and judge fairly; defend the rights of the poor and needy”. (Proverbs 31:8-9). In the coming years, this is going to become more pivotal than ever. Without meaningful policy change, we may see much of the progress of recent years reversed. Achieving that change is going to take a concerted effort from campaigners, and they in turn will rely on the efforts and goodwill of everyone with an interest in this area. We’re going to need your help!

Get regular news and updates straight to your inbox